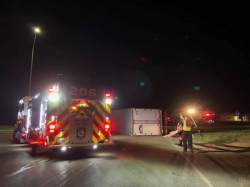 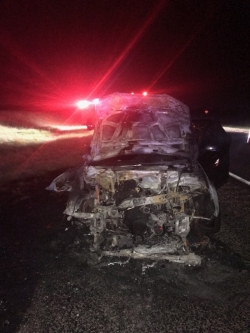 9.9.19 at 2:34 am @lytlevfd responded to a vehicle fire on IH 35 at mile marker 130.
BURN BAN
Mon. Aug 26th 2019
All three countries (Atascosa/Bexar/Medina) that Lytle VFD serves are currently under a burn ban. Its extremely hot and dry out. A little fire will turn into a big fire fast.
Structure Fire
Thu. Jan 3rd 2019

At 9:02a @lytlevfd assisted Bexar Co. ESD5 F/R with a double structure fire in the 11800 Blk. Of Luckey Vista. Multiple departments assisted. 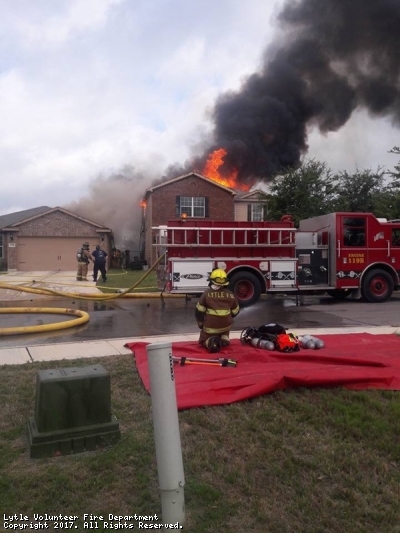 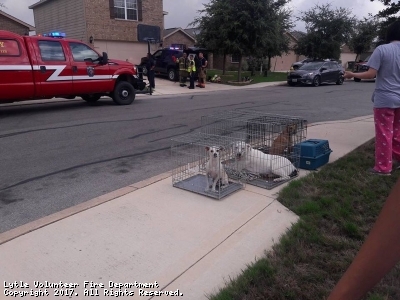 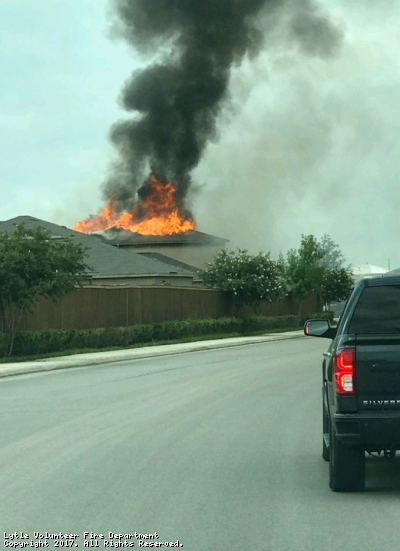 47 entries in the Call History

At 10:20 pm, Lytle Volunteer Fire Department responded to FM 3175 @ IH 35 for an overturned CMV. The driver fell asleep while driving on IH35. The CMV struck the guardrail then flew off IH 35 onto FM 3175 before coming to rest on its side. The driver was not injured and the trailer was full of foam plates. Several other vehicles were damaged due to a portion of the guardrail sticking out into the lane of travel on IH 35.

All three countries (Atascosa/Bexar/Medina) that Lytle VFD serves are currently under a burn ban. Its extremely hot and dry out. A little fire will turn into a big fire fast.

1.3.19, 4:20pm @lytlevfd was dispatched to a structure fire on Gate Street. Crews arrived to a single wide mobile home with a fully involved bedroom fire. An aggressive interior attack resulted in a quick knock down and containment to the bedroom of origin and the immediate hallway. Great work by volunteers today. Assistance with water supply provided by Natalia VFD.

At 5:34pm @lytlevfd responded to a structure fire in the 15600 blk. of Shepherd Rd. ESD5 F/R and Somerset FD responded as automatic aid. Command requested additional manpower from Natalia VFD, Devine VFD and Lackland AFB FD due to the extreme heat. Crews were able to extinguish the fire without any injuries.

Today at 10:44am Lytle VFD responded to a Structure Fire on CR 6853. Natalia and Devine VFD's assisted. 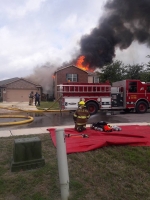 At 9:02a @lytlevfd assisted Bexar Co. ESD5 F/R with a double structure fire in the 11800 Blk. Of Luckey Vista. Multiple departments assisted.

At 4:45pm @lytlevfd was dispatched to a motor grader fire on Granberg Rd. E206 responded and extinguished the fire without incident.

8/7/17 has been a busy day for Lytle. The first call was at 7:28am for mutal aid in Castroville with a structure fire. Our aerial was requested, but not used due to weather. The we responded to an activated fire alarm followed by 2 EMS runs then an MVA and just now an unauthorized burn.

At approximately 1:24 am, Lytle VFD was dispatched to a residence at on CR 6851 for a double structure fire. Engine-2 responded with a crew of 3.  Upon arrival, Lytle VFD discovered one mobile home fully involved and another with flames showing.  Crews discovered fire crawling in the attic of the second mobile home.  Crews were able to contain the fire to one bedroom of the home.   Fire crews returned to service 3 hours later. Thanks to Natalia VFD and Dev...

On August 9, 2016 at 7:34 am, Lytle VFD was dispatched to assist Bexar Co. ESD 5 F/R with a reported structure fire in the 12400 blk. of Kenagy Road. Somerset VFD was also dispatched to assist. Lytle E-206 responded to the scene. Crews arrived on-scene to find a detached garage and 3 vehicle fully involved. Crews worked quickly to extinguish the fire.

On 7/30/16 at approx. 7:50 am, Lytle VFD & Devine VFD were dispatched to CR 6709 to assist Natalia VFD with a reported structure fire. E206 went enroute and arrived with Natalia VFD to a single story wood frame structure with both smoke and flames showing. Fire crews went offensive to fight the fire. Crews found fire in the attic as well as the back of the house. No one was home at the time of the fire. Fire crews worked fast to stop the fire from, making the house a total loss. Gr...

On 7/29/16 at approx. 11:30 pm, Lytle VFD was dispatched to a MVC involving a house. E206 went enroute followed by R206 & B206C. Crews arrived on scene to find a F-150 that crashed through a house ending up in the back yard. Crews assisted EMS units with treating patients and also securing the scene. 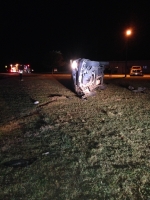 On May 13, 2016, at approximately 8:37 P.M., Lytle VFD was dispatched to FM 3175 near Benton City Water, for a 1-vehicle roll over.  Lytle VDF Engine 206 went en-route with a crew of 2 along with a crew in Rescue 206.  Upon arrival, the crew found a Chevy 1500.  The crew proceeded to secure both vehicles while providing traffic control.  No major injuries were reported.  Atascosa Sherrif's Deputy and Lytle Police were also on location to assist.

On April 6, 2016, at approximately 10:57 P.M., Lytle VFD was dispatched to IH 35 at Shepherd Rd., for a 2-vehicle accident.  Lytle VFD Engine 206 went en-route with a crew of four.  Upon arrival, the crew found a Toyota 4Runner on its roof and a Ford Thunderbird with major damage.  The crew proceeded to secure both vehicles and provide traffic control.  No major injuries were reported.

47 entries in the Call History

FollowTweet
Copyright © 2006-2020. YourFirstDue Inc. All Rights Reserved. Designated trademarks and brands are the property of their respective owners. Content on this web site is supplied by Lytle Volunteer Fire Department. YourFirstDue Inc. cannot be held responsible or liable for any content, text, pictures, or any other media found on this web site. Maintained by the members and staff of Lytle Volunteer Fire Department.
Management Login
Powered by